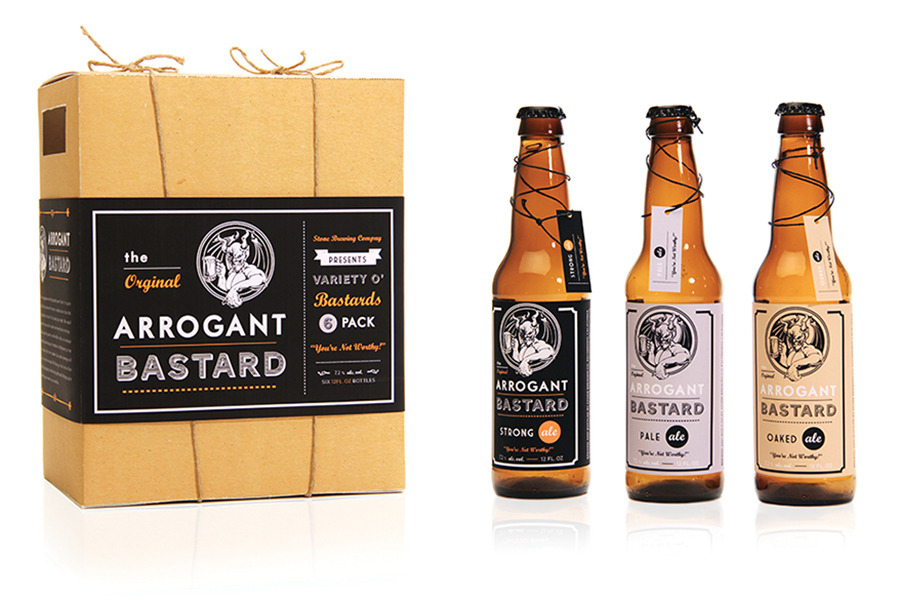 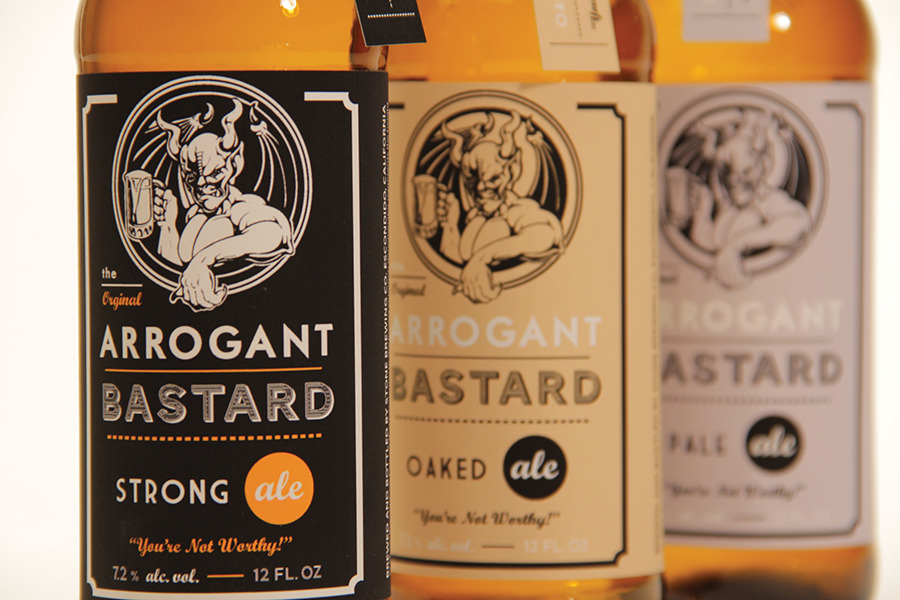 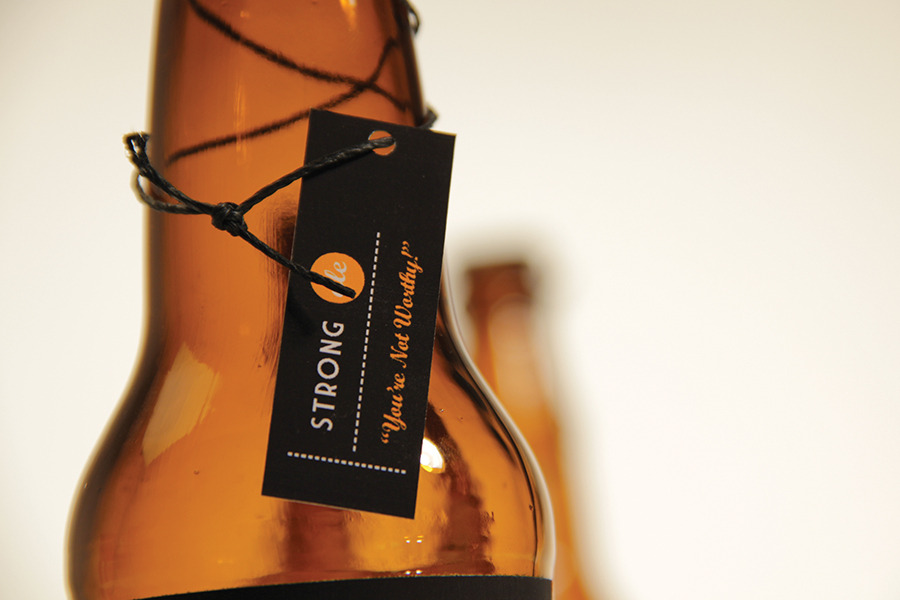 Canning appears to be all the rage right now, with a large number of micro breweries putting in canning lines and even a slew of mobile canning services making their rounds to breweries too small for their own line. I’ve heard mixed opinion on which is better, with both sides citing good reasons their way is better. One thing I know for sure that puts cans above bottles is that the canvas space for labels is larger (based on a normal 12 oz bottle that is). With the ability to print directly on the can, you don’t have the added hassle of label sizes or shapes.

One brewery that hopes to launch it’s beer line in cans in March is Uinta Brewing from Salt Lake City. Having some of my favorite illustrative labels, I’m excited to see how everything translates to cans. The ability to have a full bleed illustration stretch from end to end is very appealing to me as a designer. Their current bottles come in a non standard size, a little closer to Anchor Brewing’s bottles, and they always seem to catch my eye. Using either vibrant colors or extremely contrasting colors in all of their illustrations, Uinta really knows how to stand out on the shelf. 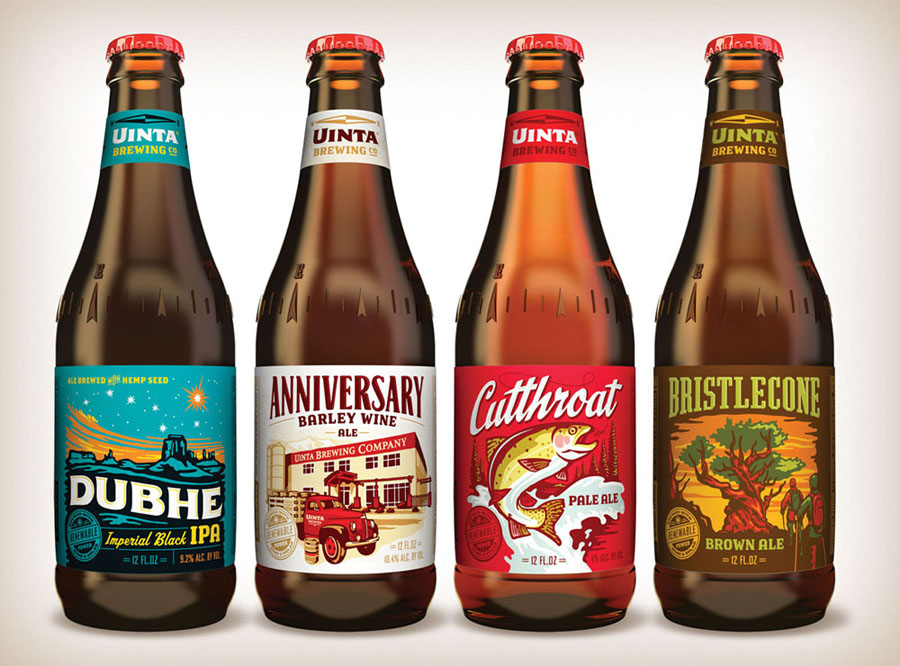 Another part of Uinta’s artwork that I thoroughly enjoy is the differences between their very illustrative standard line and their very subtle, almost icon driven, organic series. While the organic series has much more simplified artwork, the colors are still just as vibrant and will catch your eye as easily as the standard line. The large clear typography on the bottles stands out nicely and, as can be seen above, translates perfectly to the artwork on the canned version. It also doesn’t hurt that Uinta’s beers are all very solid. 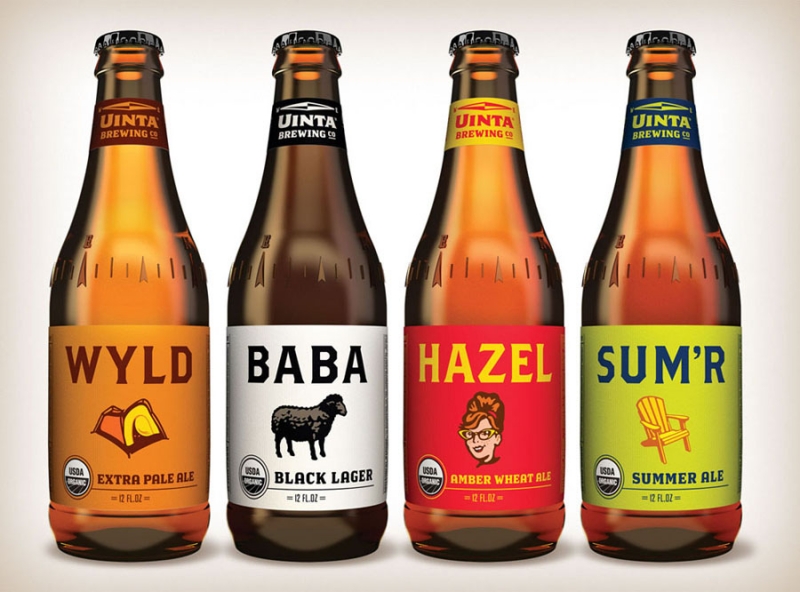 I will definitely be looking for these cans in March, what about you? 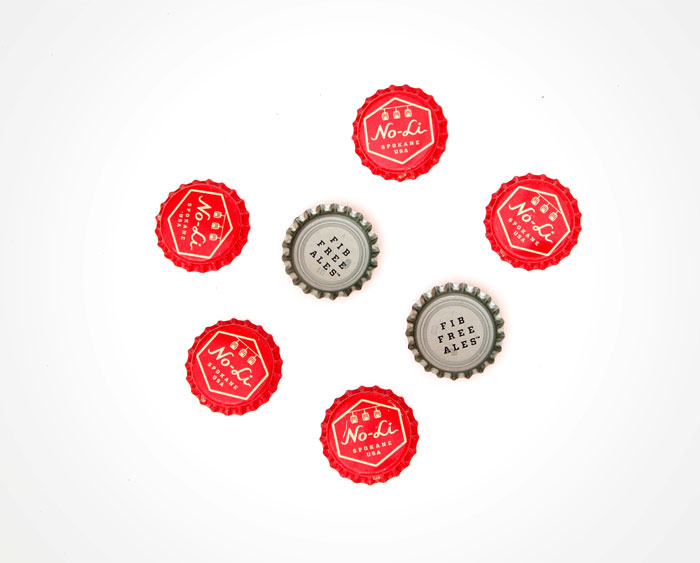 Judging a Bottle (or Can) by Its Cover

As consumers, we tend to base the majority of our purchasing decisions on a basic set of rules, one of which is how visually appealing a package is. I know I’m guilty of buying beer solely based on the label artwork. Breweries are investing quite a bit of time and money into making sure their bottles stand out on the shelves, developing a variety of personalities ranging from extremely minimalist to urban grunge. Web Urbanist has a list of 20 extremely creative bottles and cans that you need to check out. 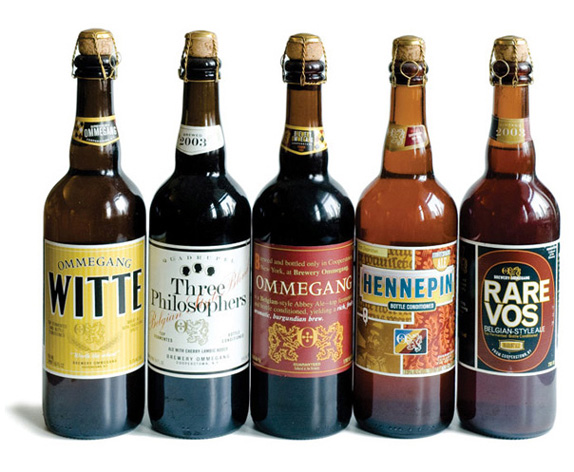 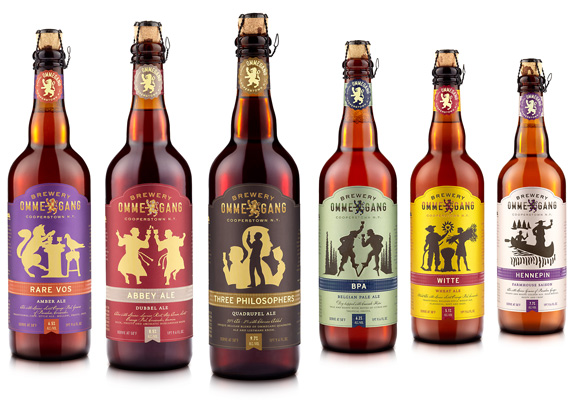